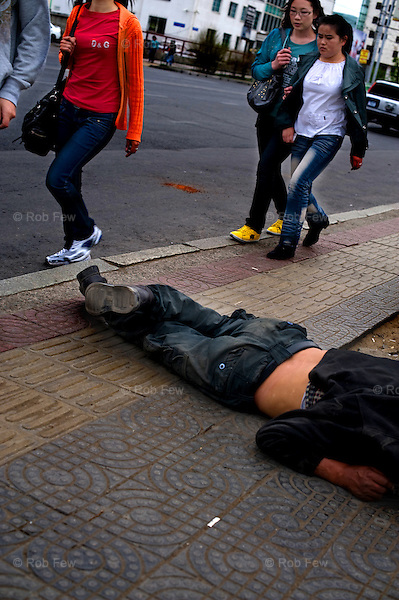 For many in the city, alcohol is the only way to escape poverty and unemployment.

A series of vicious winters in Mongolia have devastated herds and ruined the livelihoods of traditional herders across the country. With no way to survive on the steppe, hundreds of thousands have descended on the capital, Ulan Batur, nearly doubling its population and creating a huge slum community that threatens to overwhelm available resources, including water, housing and employment.