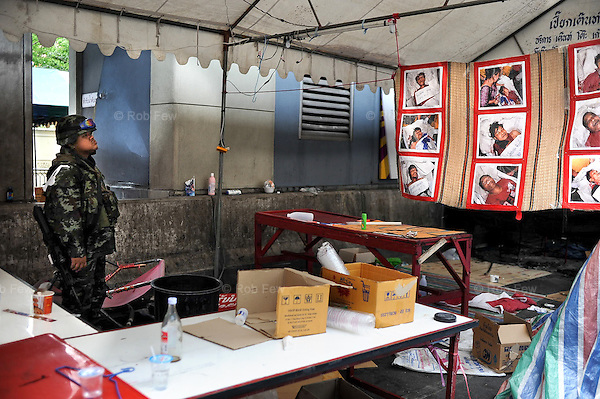 A soldier examines pictures of Red Shirt protestors killed in previous clashes after the final clearing of the Red Shirt camp in Ratchaprasong.