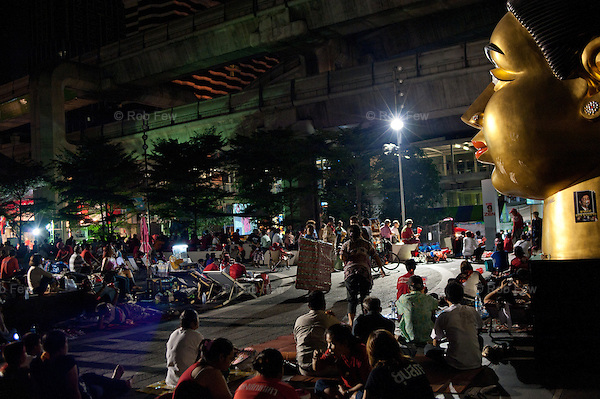 Outside Central World, one of Bangkok's largest shopping malls, Red Shirt protestors wait for the government to call an election or remove them by force.