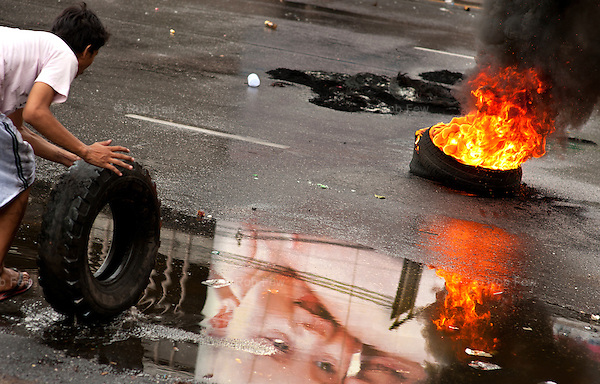 At Bon Kai on Rama IV Road, a protestor wheels a tyre into the road to help provide smoke cover while other protestors fire catapults at army positions.