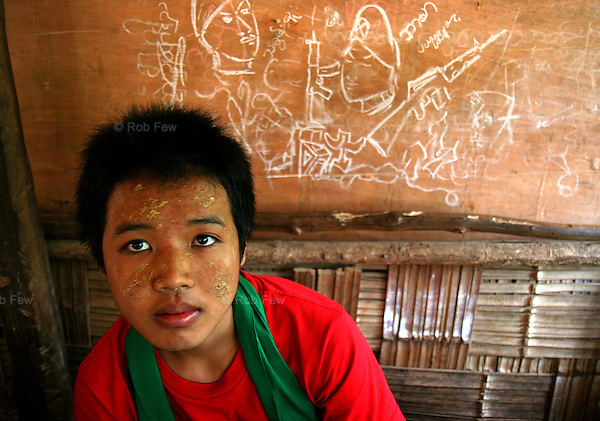 Violence is a part of these children's daily reality. Domestic abuse is common within the camp, while armed groups and Myanmar government soldiers frequently clash nearby. Some refugee children are forcibly recruited to fight in these conflicts.

Since early 2006, some 2,000 refugees have fled from Myanmar into Thailand. They join 140,000 previous arrivals, many of whom have been living in refugee camps in northern and western Thailand for as long as 20 years.