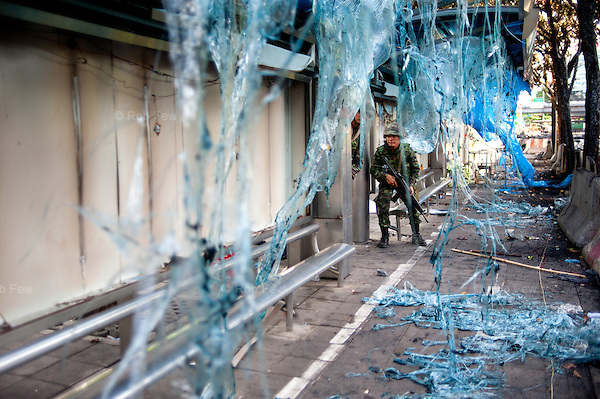 A solder advances up Ratchatewi Road during the final operation to clear protestors from the streets. By the end of the day, some 40 people will be killed.