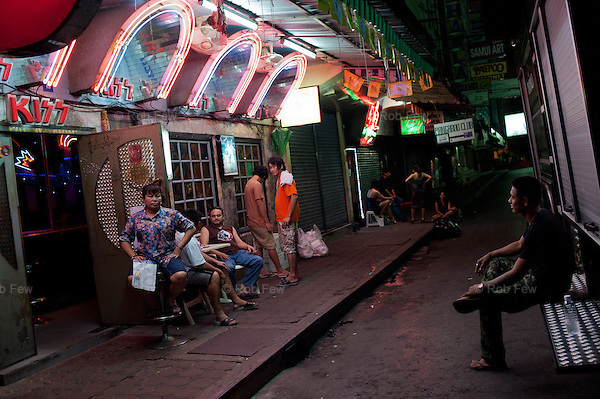 Pat Pong, Bangkok's most notorious nightlife area, is largely empty, except for soldiers, after street fighting on neighbouring Silom Road.