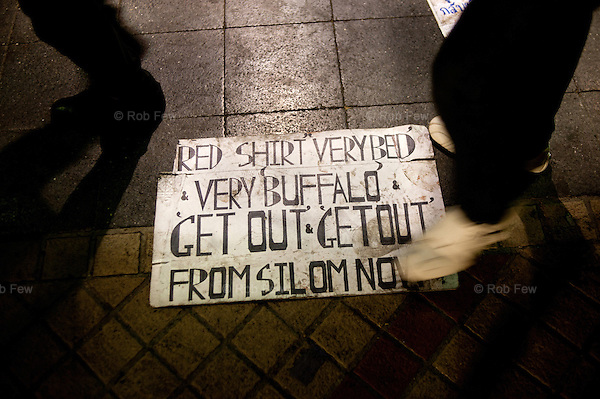 Anti-Red Shirt protestors on Silom Road, who are made up mostly of the urban middle-classes, characterise Red Shirts as ignorant farmers.