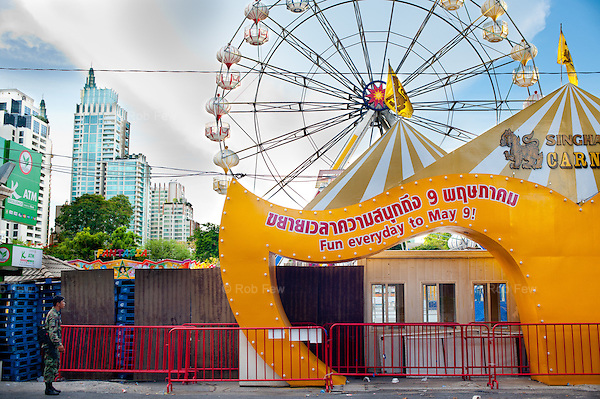 A soldier on patrol the day after the final clearing of the Red Shirt camp in Ratchaprasong.

Although the protests are now over, the fundamental differences that fuelled them have not been resolved. Thailand remains divided between different political groups and further violence seems likely.

From March to May 2010, Red Shirt protestors occupied several sites in Bangkok in an attempt to oust the government, who they believed had come to power illegitimately.
» Download Image