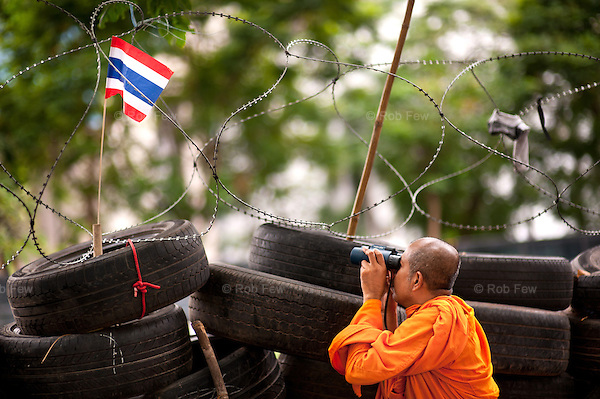 Inside the Red Shirt camp at Ratchaprasong, a monk watches windows in nearby buildings, where Red Shirts believe army snipers are hiding.