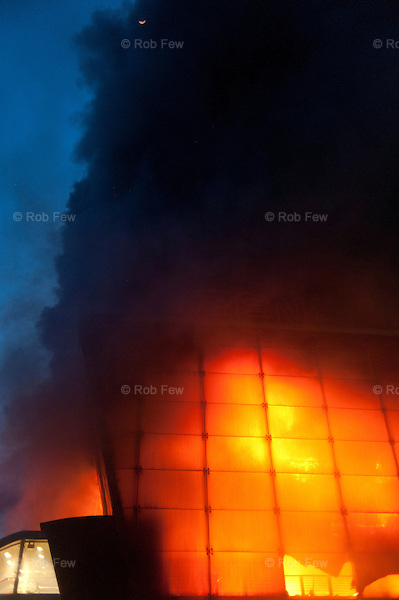 Central World burns in Ratchaprasong, one of several buildings torched by as-yet unidentified arsonists after the final clearing of the Red Shirt camp.