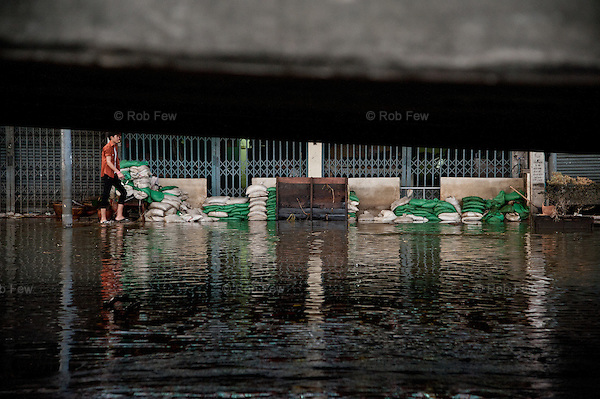 A man walks past sandbags in western Bangkok. In affected areas, flood defences varied widely. Some houses had sandbags, although these rarely seemed to work, while their neighbours would have none. In more central parts of the city, people built little concrete walls in front of their doors.

Thailand's worst floods for 50 years finally reached the suburbs of Bangkok in October 2011. While the government dithered and argued with itself, more than 200 people died.